Researchers bind hydrogen atoms to graphene giving it a bandgap

Graphene cannot be used as a semiconductor, because it doesn’t have a bandgap.

By sticking hydrogen atoms to graphene  a bandgap can be formed. 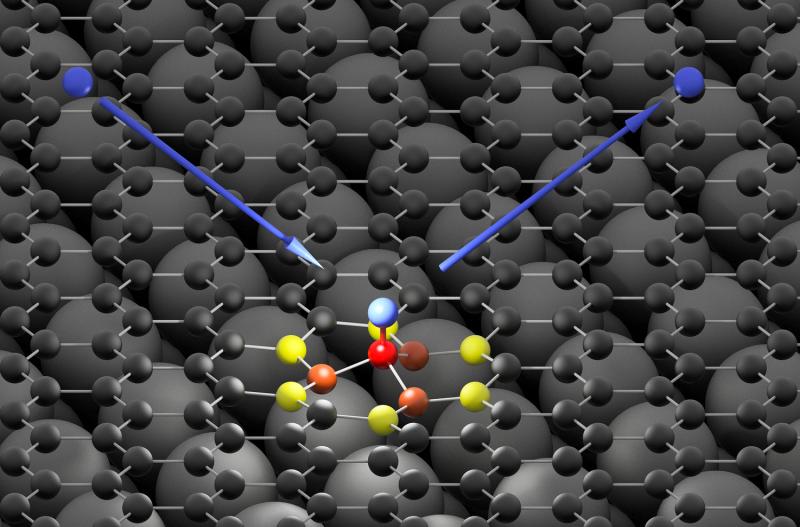 “The hydrogen atoms behaved quite differently than we expected,” says Alec Wodtke, head of the Department of Dynamics at Surfaces at the Max Planck Institute (MPI) for Biophysical Chemistry and professor at the Institute of Physical Chemistry at the University of Göttingen.

“Instead of immediately flying away, the hydrogen atoms ‘stick’ briefly to the carbon atoms and then bounce off the surface. They form a transient chemical bond,” says Wodtke.

“This bond lasts for only about ten femtoseconds—ten quadrillionths of a second. This makes it one of the fastest chemical reactions ever observed directly,” says reasercher Alexander  Kandratsenka.

The sound wave contributes to the fact that the hydrogen atom can bind more easily to the carbon atom than the scientists had expected and previous models had predicted.